I’ve complained mentioned the general discomfort I’ve felt throughout this pregnancy so far, but this week I really felt pregnant.

I don’t know if I just finally passed this weird milestone or something, but now I can definitely feel my uterus/the baby when I press on my lower abdomen. It’s kind of a weird thing, but comforting in a way, like hey! Yeah, you really are still there.

I haven’t felt much movement, so I’m doubting whether I actually felt anything the 15th week. I’m telling myself this so that I don’t obsessively worry about it before my next checkup, which is almost two weeks away.

Workouts of Week 16 were:

Double digits! Barely, but there. It’s been about a month since I’ve had a double digit running week, something I’m hoping to keep up at least until the halfway mark.

All the feelings, all the time

It doesn’t really seem like a normal week if I don’t have at least 3-4 random emotional outbursts, and this past week was no exception, especially with Father’s Day being yesterday and it being a few years since I’ve been able to spend it with my dad.

Working on building our house in Livonia

What better way to spend part of the day than to go through old photos and cry all over photo albums?

I hold a small amount of disdain for these types of Hallmark made-up holidays, created largely to increase spending, but I have softened a little bit. Dad sent me a photo of a shirt I sent him for FD from a (semi-) local brewery, and it was nice to see him enjoying it and FaceTime chat with him later. 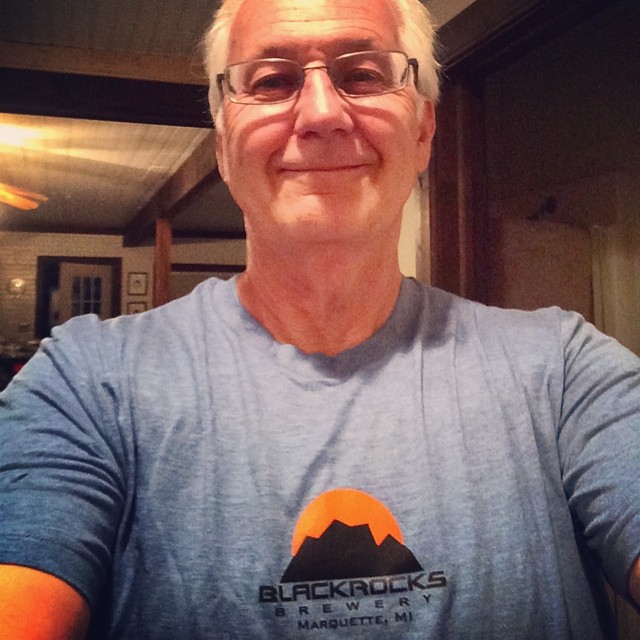 Dad decked out in his swag from Blackrocks Brewery, Marquette, MI

Having kids makes it hard to live 600 miles away from my parents, and the guilt of having my kids far away from their grandparents is a constant in my life. It’s not going to get any easier when there’s a third one here.

The ugly ones, too »
« Sixteen weeks and I feel fine