I think we can all agree that the highlight of this morning’s run was when while standing in the parking lot, a tampon fell out of my pocket.

Well, thank god THAT’S out of the way. Geez, you guys suddenly feel like family.

No, it wasn’t the high point of our run by any means. I say “our” because “we” included Team /var/run for this morning’s nine miler. I’m following Hal Higdon’s post-marathon plan (for the first time ever) instead of just sitting around doing nothing or being pregnant (usually my historical MO after fall marathons). I had a brilliant idea to, oh, extend the invitation last night after I’d drank half a beer and was half in the bag.

Yup, can’t hold my alcohol like I used to.

Team member G’s third and final half marathon of the season (Madison on November 10) served as a good reason to get a group together for a long(ish) run, or as good of a reason as any. I’d been planning on putting in 8-9 anyway, and our other two members were anxious to get out and log some carb-loading worthy miles.

Josh planned a only moderately confusing-looking 9ish mile route, which sure beat the boring out and back I planned on suggesting if no one else stepped up to plan a route.

While the pace was definitely slower than what I would’ve run on my own, it was really nice to have company, run at a pace where you can converse and seriously, even though we were out there for 1:47, it just flew by.

It was a blast. Hopefully this will be a regular thing, even when the weather turns to complete shit, as it tends to do at this time of the year.

It would also seem that entrance into team /var/run requires a pair of Brooks Glycerins. Totally a coincidence. Or is it?

I hadn’t really planned anything concrete for a run. Hell, I wasn’t even sure I was going to go. But the weather was nice, and even though housecleaning called, I threw all that out the window and headed for the local trail system (a mere 1.3 miles from my backdoor).

I normally don’t run after a long run day, but yesterday’s pace being pretty easy, I figured I could handle a moderately challenging run.

We get a nice perk at the university that gives us an allowance toward “healthy pursuits,” so we decided to use our money toward a trail pass for the four trail systems in the area. It’s been years since I’ve purchased a trail pass since skiing and I aren’t really best buddies. 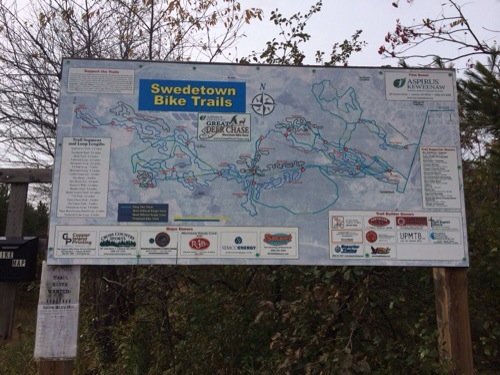 Man, I’m gonna be so bummed when the snow gets here. I’m also kicking myself for not running these trails almost every day of my life.

After my 1.3 mile “warm up,” I picked a trail that looked like it was about 2 miles long. It was one of the single track trails, used for biking in the summer and snoeshoeing (I think) in the winter.

Aside from the wet leaves covering the trail most of the way (making it a tad hard to tell if I was going in the right direction), I didn’t get lost and had a great workout.

I decided to go with the Distance shorts today, even though it was a tad chilly for it (40s). It might be the last day of the year I get to wear shorts outside on a run. Winter is coming, young Stark. 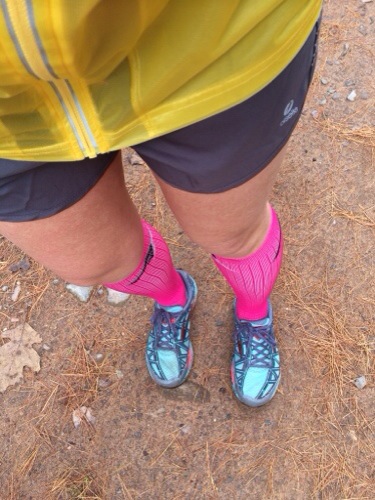 Oiselle Flyer Jacket and Distance Shorts? I love you.

1.3 to the trail and another 1.5 home (ran an extra .2 to make it 6.0. Man, I felt like I was flying at lightning speeds on the trail but in reality I was crawling. Damn you, trails!

Hey Team /var/run, we need to throw some trail runs into our repertoire, for sure.

So with nine on Saturday and six today, I’m pretty pleased with my grand weekend total of 15 miles.  While it was fun to watch all my friends who were running half marathons this morning (Go Jenna and Julie!), it makes it tough to sit around and not lace up the shoes, too.