Friday four and proof I’m not an artist

It felt weird to only run four miles this morning.

Weather report: misty, foggy, humid but chilly at the same time. Yeah, I know. How do you dress for that? I ended up going with this 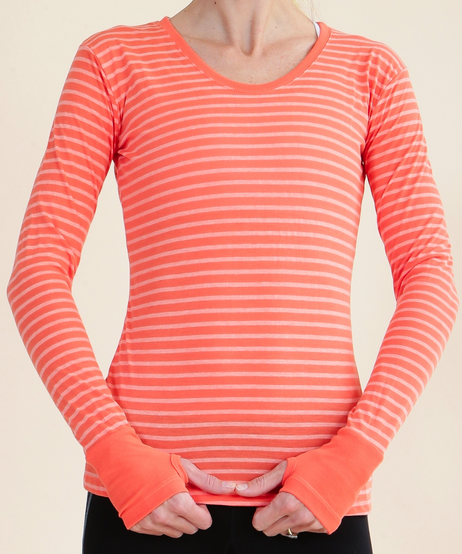 and was soaked by the end of the run. I also didn’t really match, but that’s the great thing about running at 5:00 in the morning. Hardly anyone is awake – I ran by Burger King and THEY weren’t even assembling sausage croissanwiches yet! –  and if they are, it’s so damn dark that they not only don’t see you on the road (not really a good thing) but they don’t give two shits about what you have on. Though, let’s be honest – I’ve had a hard time coming up with Oiselle combos that don’t really match in some way. That’s one of the things I love about the line.

(Just so you don’t get confused, those aren’t screen shots of me, ha).

Run felt mostly comfortable. Was thinking of all my running friends who are battling injuries right now (boo) and am really grateful I seem to have dodged that bullet so far this summer. Pardon me while I go find some wood to knock on.

Forgot the Garmin to sync at work but I hit the 4 mile mark just shy of 39:00, I think. Use your imagination.

To answer the person who asked me yesterday, no. I am not a “draw-er.”

I’ll take it since I woke up feeling less than stellar (thanks, Flo) and probably would have just gone back to bed had I not a completely full day/evening today that won’t let me get a run in later.

Twelve miles on the calendar for tomorrow. I consider that my last “long” run before the race – eight miles next Saturday isn’t really “long.” Ha, it’s funny that you get to a point when that seems practically like a jaunt.

I really want to find another race sometime in January to keep me honest about running this winter. And it’s true – I’m giving serious consideration to this race in May:

Though a lot of things would have to fall into place, I’d have to commit very soon (not sure how fast it fills up) and I’d probably have to convince the Husband to do it, too and arrange for my parents to watch the kids for the weekend. But since I hear that Cleveland Rocks and that I could possibly convince a certain Running Jenna to do it, well, it’s very tempting. Plus, I’d get to meet one of the coolest chicks on the Internet that I haven’t met yet.

Contenders for a January race? I’ve got nothing. I’m thinking of a half marathon. Any good races out there, people?